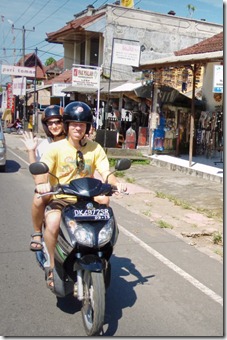 Paul and Jen Wheeler are a pair of young adventurers roaming the globe and seeking their fortune, not in gold or wealth, but in experiences, memories, and stories. Not too long ago they were an ordinary couple, transplanted from their respective suburban central east coast sprawls to the green, new age, west coast urban technology Meccas of Seattle and San Francisco. There they went in pursuit of typical post graduation employment ranging from Microsoft to tiny start ups, and met with more than a little success. But in addition to financial and career success, the found something much more valuable: a renewed spirit of adventure. They had long been avid backpackers, rock climbers, and cyclists, but between college and a career it was easy to let those things get pushed to the back burner to make way for long office hours and all nighters. After some time, however, the resulting restlessness began to foment, and in a tumultuous moment Paul left his job, they moved out of their downtown San Francisco apartment, and they took off for parts unknown.

Their first adventure was an epic three month journey to Australia, Myanmar (Burma), and Indonesia. Much of which is chronicled on this blog. There they met some old friends, and made many new ones. In Indonesia they learned a new language, improved their surfing ability, helped locals with their English studies, learned the meaning of boredom in a tiny Javanese village, and ate more fish and rice then they had the previous year. But all in all it was a wonderful and life changing experience.

Now back in the San Francisco Bay area, they live in Berkeley where rent is a bit less expensive then in The City. They spend their days sailing, surfing, brewing beer, baking bread, taking photos, and most importantly, shopping for a sailboat on which they plan to spend the next few years cruising the coasts of California and Mexico, and eventually the Caribbean and eastern United States.