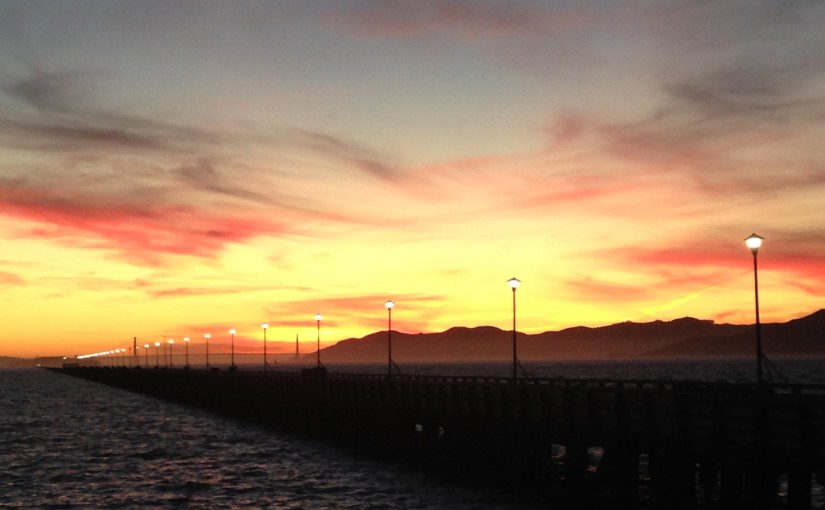 I must go down to the seas again, to the lonely sea and the sky,
And all I ask is a tall ship and a star to steer her by,
And the wheel’s kick and the wind’s song and the white sail’s shaking,
And a gray mist on the sea’s face, and a gray dawn breaking.

I must go down to the seas again, for the call of the running tide
Is a wild call and a clear call that may not be denied;
And all I ask is a windy day with the white clouds flying,
And the flung spray and the blown spume, and the sea-gulls crying.

I must go down to the seas again, to the vagrant gypsy life,
To the gull’s way and the whale’s way, where the wind’s like a whetted knife;
And all I ask is a merry yarn from a laughing fellow-rover,
And quiet sleep and a sweet dream when the long trick’s over.

I’ve spent a good portion of the last five years asking myself “why did I come back?” But the truth is the last five years have been their own adventure. We’ve spent time with old friends and made new ones. I tried another startup, where I learned a ton, and got almost as much out of failure as I could have out of success. I spent three years working with one of the best teams I’ve ever had the pleasure to be a part of and which I will sorely miss. And we revisited old neighborhoods and haunts, rekindling old hobbies and discovering new ones. But through all of that there was always, in the background, a yearning to return to the “vagrant gypsy” life*, to the rolling gray sea, and to the peaceful island cove.

Now the waiting is over. As of today I’m a vagabond once more, and we are on our way to cruising the high seas again. This time around we plan to venture further then we ever have before, and face challenges against which we have not yet been tested. Namely, we are sailing to Hawaii! From there we hope to continue on to the South Pacific, but time will tell. We plan to embark in April, and I’ll be making a few posts as we prepare for the journey.

Since I haven’t made a post since we left Mexico, here are some photos from the last five years:

* Using the words of John Masefield for poetic reasons. I realize some people don’t care for the word “gypsy” as it is used by some as a slur, and I prefer vagabond myself.